Brianna has been with Avivo since 2015, and her mum Penny uses Avivo’s Bureau to employ a team of staff to support Brianna with her mental health.

When Avivo started working with Brianna and Penny, they explored ways for Penny to get a break from her caring role. Together, they began developing a plan for Brianna to eventually move out of home by utilising Avivo’s shared living options.

Prior to that, moving into a group home had been Brianna’s only option.

Brianna was introduced to Tracey through a shared living arrangement, where she would stay in Tracey’s home one weekend a month.

They were matched as they had similar interests. Over time, Brianna and Tracey developed a lovely supportive relationship. Whenever Brianna was with Tracey and her husband John, her self-talking and delusions were at a minimum. When developing her WANDIS plan, Brianna identified she wanted to move out, and Tracey and John were delighted to have her stay with them full-time. (Brianna’s funding has since transitioned to NDIS.)

In 2018, with the support of her mum and Avivo’s shared living team, Brianna moved in with Tracey and John, and is happily sharing their home.

In addition, Brianna stays with a short-stay host family – Daisie and her family – once a fortnight and visits her mum and dad regularly. 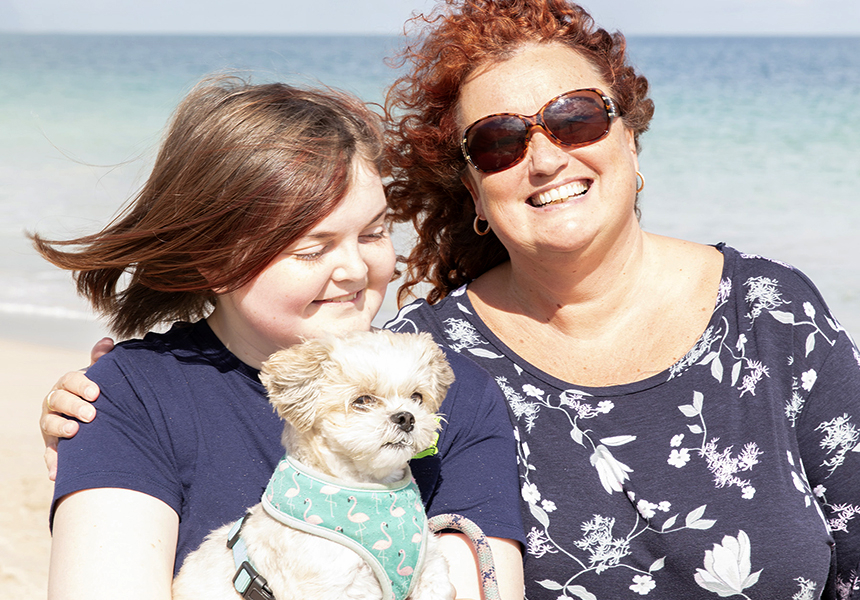